How do children choose a best friend?

Who is a friend? Is that a person who you like and enjoy being with or who helps or supports you? Then, what does a close friend mean to you? Is that the same as when you were a child or a student? As social occasions have been pretty much restricted for over 20 months because of the Covid-19 pandemic, our social connections also have been narrowed down to those who are closer to us. You may feel how valuable your friends are, especially the close ones with whom you can share your problems, stress, and joy. But how did you develop such an intimate relationship? While children seem to make friends easily, adults need to spend hours to go from acquaintance to a casual friend and even longer to become close friends. For children, having friends not only gives them a happier time but also develops coping skills to troubles and changes in their lives. Though the intimacy, intensity, and meaning of friendship seem to vary from culture to culture, friendship is valuable regardless of age.

Enjoy reading the article and learn about what friendship means to us.

Located in the northwest of Cambodia, Angkor Wat is a large, massive religious structure. The Hindu temple was built in the early 12th century in the capital of the Khmer Empire but was later converted to a Buddhist temple. The mighty empire was established in 802 CE and lasted until 1431. At its peak in the 12th and 13th centuries, it ruled most of mainland Southeast Asia. In fact, the ancient Angkor was designed, built, and maintained by an unprecedented scale of the hydraulic system, which brought water from Phnom Kulen, a mountain range in the north of Siem Reap, to the plains of Angkor. Indeed, water had been the vital source of prosperity and survival of the ancient capital. Then in the late 14th and early 15th centuries, dramatic shifts in climate caused extended monsoon rains followed by intense droughts, which caused substantial impacts on the capital city’s water management system and weaken the empire to fall. The abandoned ruins were rediscovered in 1860 by a French explorer, and restoration projects began. Recently, the scale and extent of the ancient hydraulic system were researched through airborne laser scanning technology, which allowed archeologists to reveal the true picture of Angkor.

Enjoy reading the article and learn about how Asia’s ancient capital and temples were created and managed.

Julie Anne Genter, a US-born member of parliament of New Zealand, had been a mom of a three-year-old boy until November 28. In the very early morning on Sunday, she and her partner cycled to the hospital where she gave birth to a baby girl only an hour later. Though she is a well-known cycling advocate and the hospital was not that far from her house, it was quite a ride for a delivery. Surprisingly, it wasn’t the first time she did it. She actually cycled to the hospital to be induced her baby three years ago. You may not be surprised to learn that she is a member of the Green Party and served once as an Associate Minister of Transport in the previous administration.

Enjoy reading the article and learn about this enthusiastic cyclist in NZ.

Chinese civil service personnel has been selected by competitive examinations. It started as early as in the Tang dynasty (618–907) in the jinshi exams, which tested a candidate’s knowledge of the Confucian Classics. It gradually became the major method of recruitment into the bureaucracy and eventually took over the old aristocracy. Even though there are millions of jobs in private sectors in today’s China, civil service jobs are still highly demanded. On the last Sunday in November, the national civil service exams were held for recruitment next year in China. It attracted over 1.4 million test takers for 31,200 jobs. On average, only one in 46 test-takers can pass the exam. The number of test-takers increased by 40% from the previous year largely due to the promising prospects and job security of civil servants especially when the future is becoming more uncertain due to the Covid-19 pandemic. Unlike the ancient jinshi exams, which assessed mainly the knowledge of the test takers, today’s exams have different focus and requirements on different jobs. Indeed, exams are fair to everyone. But how reliable is a paper test to find qualified candidates for the job?

Tanzania is a country in East Africa with a population of just over 60 million. Over 100 languages are spoken but most of the Tanzanians speak Swahili, the de facto national language. Primary and secondary education is compulsory and approximately three-quarters of children age five and 14 years attend school. Until recently, Tanzania was one of two countries in Africa that prohibit pregnant schoolgirls to study at school. It was estimated that over 5,000 pregnant girls had been barred from continuing their studies every year because of the ban. In fact, there were forced pregnancy testing and expulsion for girls who were found pregnant under the last administration. Now, the new Tanzania’s first female president decided to remove all barriers for schoolgirls to return to school after dropping out, pregnancy, or a delivery. The country is now expected to give proper sexual education especially to schoolgirls, especially the poor, who are exploited by adults.

Read the article and learn about Tanzania’s advance in educational opportunities.

While pigs in Amsterdam are helping the airport to run safely by eating leftover harvest (yesterday’s Vol.3522), two wild pigs stormed into a golf course in northern England and injured golfers recently. They also dug up the 18th green and the first tee. The golf course had no idea where those wild pigs came from but had no choice but to close the course for safety for a few days. Finally, when those destructive pigs appeared on the side road outside the gold club, they were captured and taken away. The golf club has already reopened and is now trying to woo online booking with a free bacon sandwich! It’s not clear where the bacon came from.

Enjoy reading the article about how wild pigs went wild on an England golf course.

Are pigs the answer to bird strikes? One airport is trying to find out

Schiphol international airport is the gateway to the Netherlands’s capital, Amsterdam. It is the busiest airport in Europe in terms of aircraft movements. Though there was no serious incident, about 150 bird strikes were reported around the airport in 2020. When birds are sucked into the engines of aircraft, it could cause serious danger, especially during landing or takeoff. For safety, the busy airport has 20 bird controllers who work 24-7 to keep birds away. Recently, they tested a pig pilot project for six weeks. Of course, pigs don’t fly airplanes but they could keep birds away from runways. They were deployed in the plot between two runways where sugar beets had been harvested. They ate the crop leftovers which would have attracted large birds like geese. Also, their presence discouraged birds to come close as pigs try to eat them, even though they can’t move fast enough to catch any. The effect of this pig pilot project is being reviewed by the airport authority. Did pigs enjoy working in the noisy airport?

Enjoy reading the article about how pigs could contribute to the aviation industry. 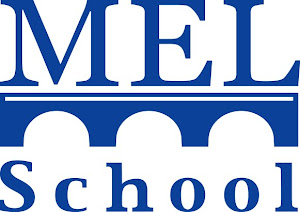 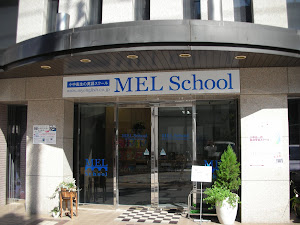